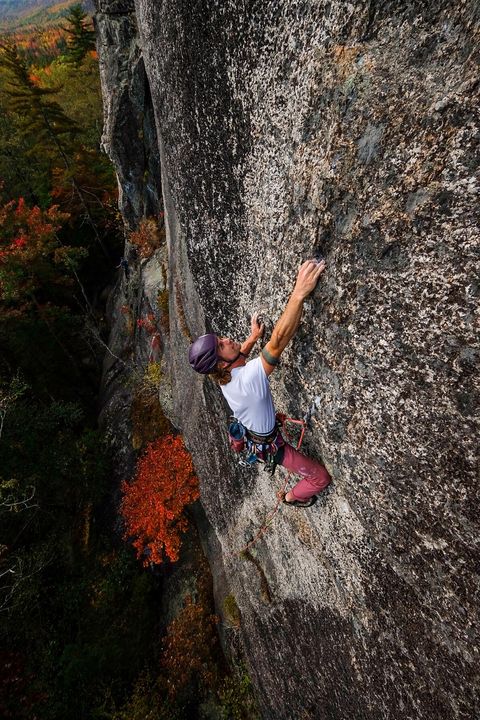 Reed Tyson may be from Chattanooga, TN, but you shouldn’t hold that against him. He first heard the murmurations of his native Tennessee Sandstone when he was 17, during his first semester in college. While enrolled in a class called “Walking the Land”, Reed soon came face to face with the source of all the geological blabbering. As he stood beneath the wriggling contours of the kaleidoscopic sandstone, gazing up at dead vertical slabs, sickeningly steep overhangs and rock roofs that put Architectural Digest to shame, Reed decided to live a bit differently; he became a climber.

Since that time, Reed has climbed all over the SE, lived and climbed in California, Michigan, and Maine, and has spent many beautiful days in the American West and a few on the limestone walls of El Potrero, in Mexico. Somewhere along the way, he became a Single Pitch Instructor through the American Mountain Guide Association and has spent time as a climbing instructor in Acadia National Park. Reed is one of Petra's four USAC Level 1 setters'. He has also read more books and eaten more beets than he can count.