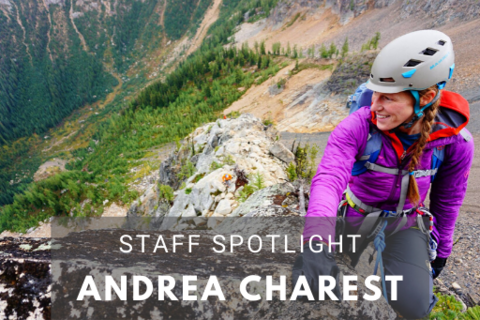 I’ve had the pleasure to know Andrea, work with her and call her not only my employer but also a good friend for close to a decade now. In this time I have seen her continually push herself, push her husband, her staff and her community to work towards the best they can be. An attribute that’s addictive in the right circles and almost always appreciated. There’s a reason Petra Cliffs has built up a reputation of having such a strong community of climbers, friends and family both locally and globally; Andrea Charest is a large portion of that reason!

How are things going during this time of COVID-19?

It’s been just over a month now that we’ve been closed. It’s still so hard to believe! Petra Cliffs is hanging in there, largely due to the community of members and supporters who have been able to stay financially active through all of this. THANK YOU. We definitely miss seeing our staff’s and members’ faces every day, but we’ve been staying connected through all the channels. We’re trying to use the time to plan for the future, but we’re also thankful to be spending more time with our 3 year old, McKinley… with lots of crafts and walks and discovery in the woods.

When and why did you start climbing?

I’m told I started climbing at 9 months, out of my crib! As a kid, I climbed anything I could. Growing up in Western Pennsylvania, I didn’t know anything about climbing. I knew people climbed Mt. Everest, but I had no idea there was a whole world of climbing beyond that. In high school, a bunch of my friends and I would solo around at Beam Rocks, a 90-foot tall sandstone cliff in the Laurel Highlands. My favorite was this chimney that I’m pretty sure I wouldn’t solo now. While at the cliff one day, someone had a rope up and talked about a climbing gym in Pittsburgh. I took my first 45 minute class there, was hooked, and then bugged the heck out of John Abbott at UVM to give me a work-study position at the UVM Climbing Wall in 2000. It was through the UVM wall that I connected with the VT climbing community and was introduced to the gym that had just opened here, Petra Cliffs.

Why did I start climbing? Because it’s in my blood? Climbing isn’t really something that I found, it has always been a part of me. My body aches and feels all compressed when I don’t climb. The feeling that climbing gives me is pretty hard to find anywhere else. Climbing in the gym and climbing outside can provide similar feelings of focus, working through fear and frustration, sweet success, and a full body workout. But nothing beats being a few pitches up with a light breeze and a great view.

You just had the 8th anniversary under your ownership and 20 years since Petra Cliffs opened. Congrats! Has anything stood out to you about the Petra community over the years?

Thank you! Oh wow there have been many things that have stood out. There have been a bunch of groups of people that have come through the gym and I remember them as kind of “eras” of people. I don’t want to name folks in case I leave anyone out, and the list would be really long. I wish I had a big 20 year time lapse of people in and out at the gym!

When we started hosting events like the Reel Rock Film Tour in 2010 and the Smuggs Ice Bash & Drytool Comp in 2013, it was awesome to see more of the community come together during those events. I never get to catch up enough with everyone during big events, but I see everyone catching up with each other, and that’s what makes me happy. Enabling a place for connection and inspiration.

And of course the way the community supported us last year after Steve’s accident stood out to me. We received so many amazing messages from people all across the world, and Petra Cliffs is what tied us all together. Whenever someone interacts with Petra Cliffs, it becomes a part of their story, something they take with them wherever they go. I love that.

How has it been evolving the gym with your husband Steve?

I met Steve at Petra Cliffs! He was really cool and I kept trying to invite myself on his ski trips. Finally, we went to Jay Peak together as friends but then didn’t want the day to end. Our boss at the time, Chip, sat us down and had a serious discussion about working together and being in a relationship. Two years later, Steve proposed to me at Jay Peak, and we got married in 2006.

I think we compliment each other well in business; Steve is the big picture guy and I am more detail oriented. In a normal year, we work together in the office a few days a week, but otherwise one of us is usually out guiding the rest of the time. Managing and balancing time has gotten a bit more challenging with a kid, but it’s worth it and we’re working it out.

Do you have a favorite place to climb?

I have always had a really hard time picking favorites of any kind! The destination I’ve probably visited the most has been Red Rock Canyon. It’s easy to get to, I love spending a day/night in Vegas, that’s where my AMGA courses and exams have been, and the routes are endless. I love the red dirt and desert landscape.

In 2016, I climbed at a spot called Machaby in the Aosta Valley of Italy, which was amazing. 9 pitches of clean gneiss above a beautiful green river valley and vineyards, mountains surrounding, and a walk-off descent with old military ruins, espresso and ice cream. We had taken an easier trip because we found out I was pregnant before we left on the trip- our original objectives were climbing the Matterhorn, Eiger and Mt. Blanc, or as many as we could in two weeks. We decided to keep the whole trip much lower key and go sport climbing in the sun :)

Any future plans with Petra 2.0 that you’re excited about?

Well, everything! This project has been a vision for so many years. Let’s see… in no particular order… taller walls, gender neutral bathrooms, air conditioning, roof deck, speed wall, birthday party and conference room, yoga studio, cardio room, more parking, an efficient HVAC system, being even closer to City Market, more space for additional programming, and big events. I’m excited down to the unsexy details like floating toilets. It has been really fun to design around what we’ve learned over 20 years-- things to keep and things to improve upon.

Final question. We all want to know a fun fact about you!

Again I have a hard time choosing just one so here’s a smattering of facts. You should ask me about them next time you see me :)

Andrea and Steve were also voted 2019 Outdoor Persons of the Year by Vermont Sports! 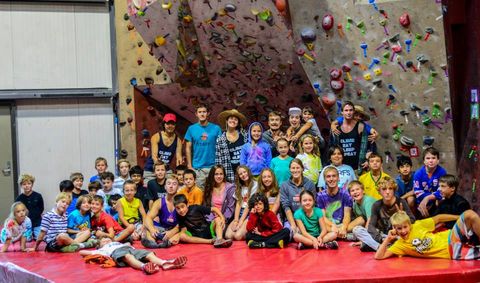 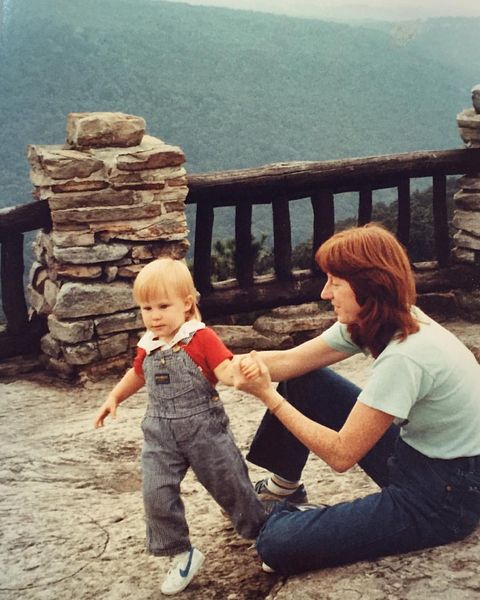 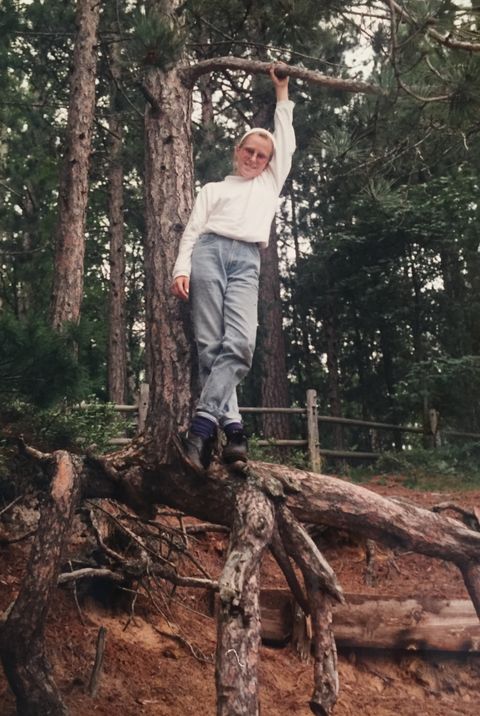 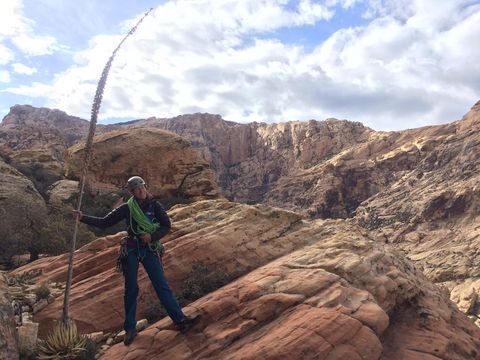 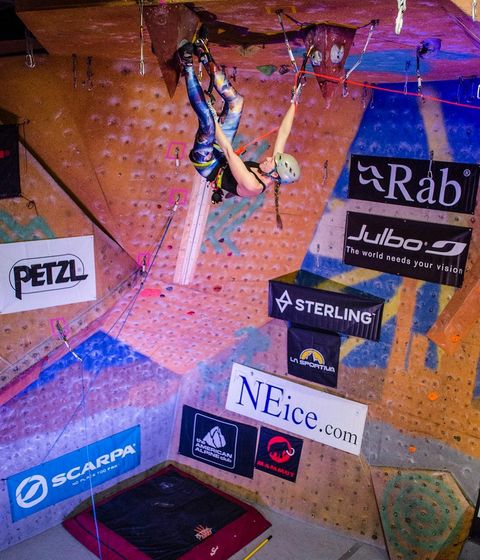 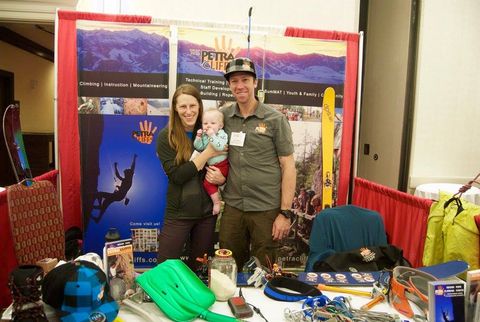 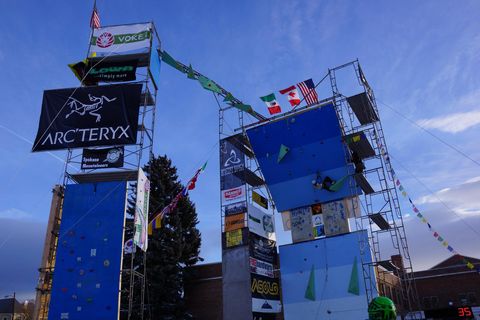 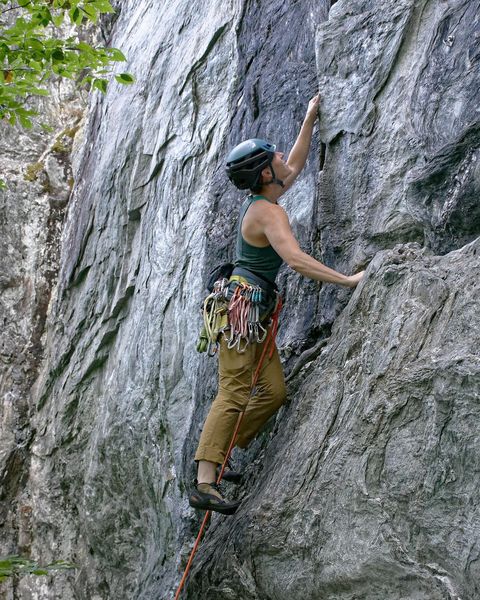 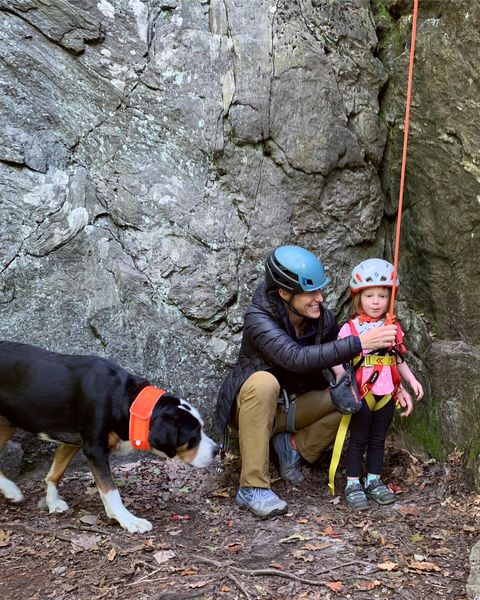 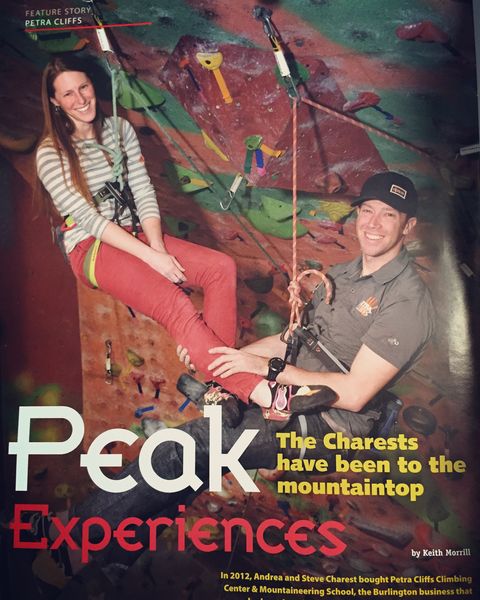 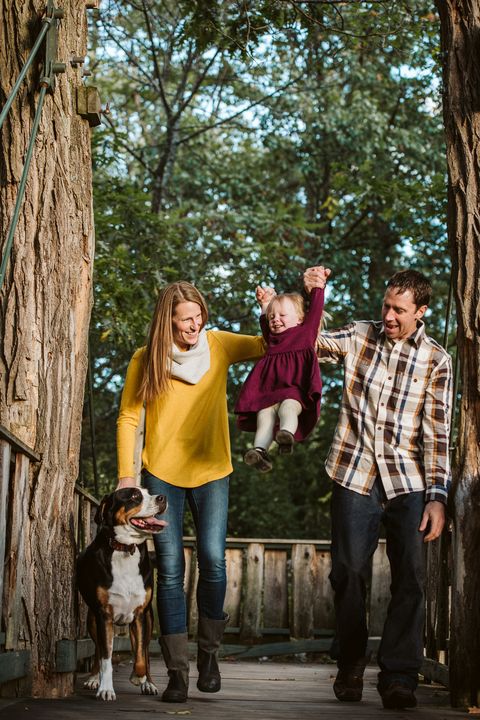