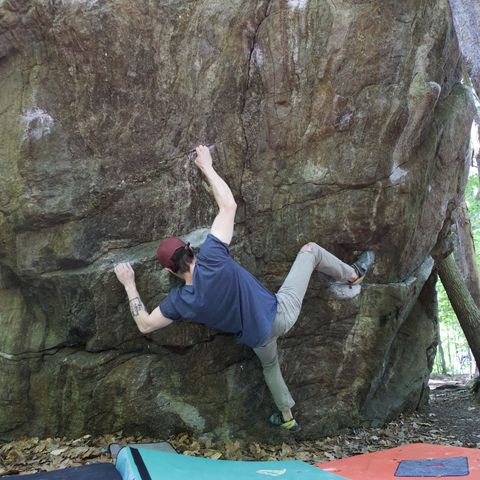 Dan has been working at Petra Cliffs since May 2019. He's a Long Island boy trying to escape the overcrowded sandbar he once called home. Dan works at the front desk, and loves talking about the climbs he's set with anyone trying to climb them! He likes to set with flow, figuring out moves one at a time, feeling it out as he goes. He likes to cut feet and throw to jugs, but doesn't shy away from crimps either. If he's not setting, he's sitting, probably at the Front Desk, somewhere he can watch birds, or eat peanut butter toast.