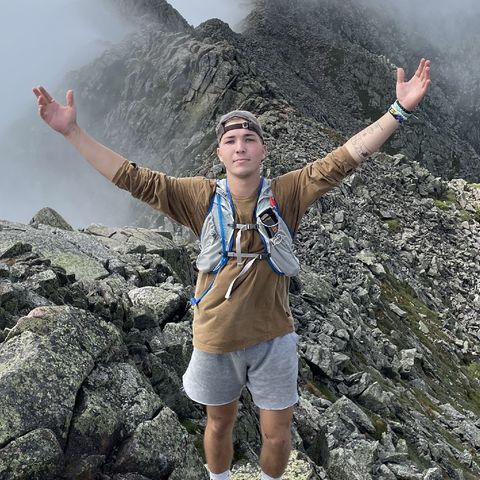 Growing up as an expat in Kuala Lumpur, Malaysia, Nicholas moved back to pursue the only NCATE recognized Physical Education Teacher Education program in Vermont. Graduating from the class of 2022 at the University of Vermont, he has aspirations to make a positive impact on the lives of students when they are in there most impressionable phases of their lives. Beyond academics, Nicholas has been climbing since the age of five and won an Earth Treks bouldering competition at the age of nine. While living in Malaysia, he traveled to over 20 countries and climbed in many of those countries! When Nicholas is not hanging off a cliff (tied in of course!), he dabbles in ultimate frisbee, diving, and mountain biking. Nicholas mentioned that Burlington didn't seem to feel like home at first but he has the saying “it's the people, not the place!”